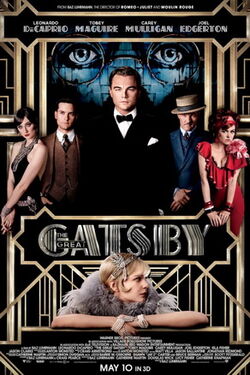 The Great Gatsby is a cinematic adaptation of F. Scott Fitzgerald's 1925 novel of the same name. The film is co-written and directed by Baz Luhrmann, and stars Leonardo DiCaprio, Tobey Maguire, Carey Mulligan, Joel Edgerton, Isla Fisher, Jason Clarke, Chris Proctor and Adelaide Clemens. It follows the life and times of millionaire Jay Gatsby and his neighbor Nick Carraway, who recounts his encounter with Gatsby at the height of the Roaring Twenties.The film was released on May 10, 2013.

Would-be writer Nick Carraway leaves the Midwest and comes to New York City in the spring of 1922, an era of loosening morals, glittering jazz and bootleg king.

Chasing his own American Dream, Nick lands next door to a mysterious, party-giving millionaire, Jay Gatsby, and across the bay from his cousin, Daisy, and her philandering, blue-blooded husband, Tom Buchanan. It is thus that Nick is drawn into the captivating world of the super rich, their illusions, loves and deceits. As Nick bears witness, within and without the world he inhabits, he pens a tale of impossible love, incorruptible dreams and high-octane tragedy, and holds a mirror to our own modern times.

Prior to this version there had already been a Broadway play and numerous film adaptations of F. Scott Fitzgerald's acclaimed 1925 novel of the same name.[1] In December 2008, Variety magazine reported that this film adaptation was to be made with Baz Luhrmann to direct it.

Luhrmann stated that he planned it to be more timely due to its theme of criticizing the often irresponsible lifestyles of wealthy people.[2] In order to commit to the project, in September 2010 Luhrmann moved with his family from Australia to Chelsea in Lower Manhattan, where he had intended to film The Great Gatsby.[3] While Luhrmann was at the Consumer Electronics Show in January 2011, he told The Hollywood Reporter that he had been workshopping The Great Gatsby in 3D, though he had not yet decided whether to shoot in the format.[4] In late January 2011, Luhrmann showed doubt about staying on board with the project,[5] before deciding to stay.

In 2010 it was reported that the movie was being set up by Sony Pictures Entertainment but by 2011 Warner Bros. was close to acquiring a deal to finance and take worldwide distribution of The Great Gatsby, according to Deadline Hollywood.[6]

Premiere of the film[] 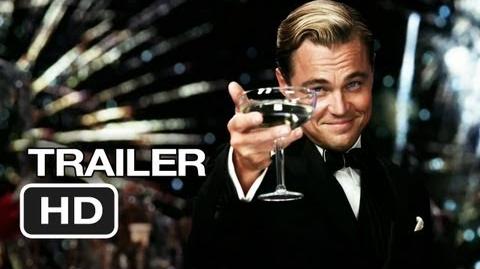 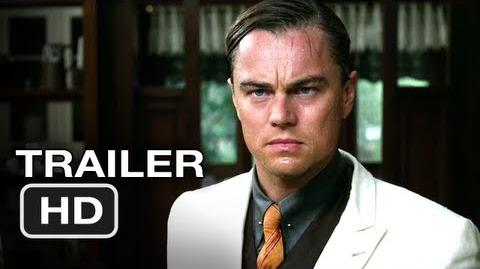 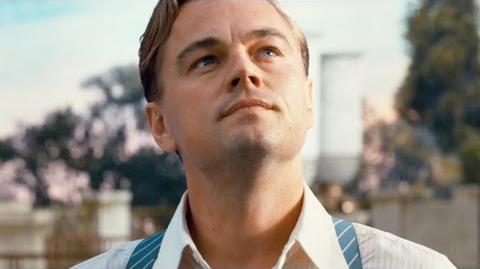 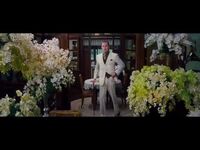 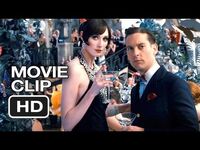 The Great Gatsby Movie CLIP - Who Is This, Gatsby? (2013) - Leonardo DiCaprio Movie HD
Who is this Gatsby? 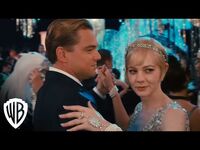 The Great Gatsby - All This From Your Imagination? - Warner Bros. Entertainment
Is this all from your imagination?