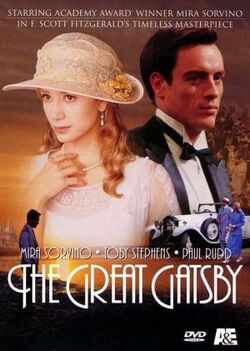 The Great Gatsby is a 2000 television film adaptation of the novel of the same title by F. Scott Fitzgerald.

It was made in collaboration by the A&E Cable Network in the United States, and Granada Productions in Great Britain. It was directed by Robert Markowitz from a teleplay by John J. McLaughlin. The music score was by Carl Davis and the cinematography by Guy Dufaux. The production was designed by Taavo Soodor.