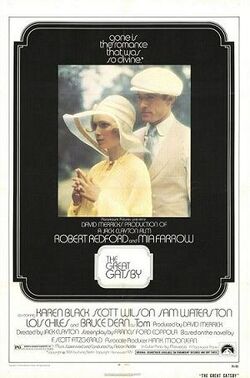 The Great Gatsby is a 1974 romantic drama film distributed by Newdon Productions and Paramount Pictures. It was directed by Jack Clayton and produced by David Merrick, from a screenplay by Francis Ford Coppola based on F. Scott Fitzgerald's 1925 novel of the same name.